Who is Katie Melua?

Katie Melua is the singer of this year's most successful album in the UK, Call Off The Search. Her single, The closest thing to crazy, evoked instant response among listeners. Here is what you should know about Katie Melua: 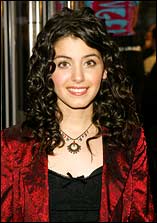 'Uddhav Balasaheb Thackeray is raging for a fight'