India to be 3rd biggest economy by 2050: Report

By the year 2050, India is projected to become the third largest economy in the world, behind China and the United States, in that order, according to a recent report by Goldman Sachs.

China, India, Russia and Brazil could outrank the combined economic might of today's Group of Six -- the US, Japan, Germany, France, Italy and the UK -- by the middle of this century, says the report quoted by the Wall Street Journal.

"The implication is that the economic and financial power is going to shift away from us," says Dominic Wilson, a senior Goldman economist and one of the authors of the report, which sees the US as No. 2 by the year 2050, sandwiched between China and India.

In making its forecasts, Goldman doesn't focus on the four developing nations' current economic-growth rates, even though these certainly haven't been too shabby. Instead, using demographic projections and a model of capital accumulation and productivity trends, it calculates likely gains in gross domestic product and income per capita, and currency movements.

For America, the report says, the news isn't all bad. Although the US would cease to be the most dominant single force in the global economy, it would reap trade benefits from the new megapowers' hefty gains in spending on goods and services.

Although these nations, particularly China, are often viewed mainly as competitors to the US, "probably more important in the long run is that these are economies that are going to be generating a substantial part of the world's demand growth," Wilson says.

The four nations have a projected GDP of $2.75 trillion for this year, versus the G-6's $21.25 trillion, but the report reckons that in another five years, the annual increase in spending from these economies could be greater than that from the G-6 and more than twice as much in dollar terms as it is now.

By 2010, the annual increase in spending from the four economies could reach $521 billion, versus the current $159 billion.

To be sure, the forecast assumes that China, India, Russia and Brazil "maintain policies and develop institutions that are supportive of growth."

According to Geoffrey Dennis, an emerging-market strategist at Smith Barney, China's biggest challenge is to move towards a fully free-market economy, while Russia's is to diversify away from its heavy dependence on oil and gas, while creating a consumer society.

India's biggest need, he maintains, is to raise the per-capita standard of living for its huge population, while reducing the "tremendous government interference" in its economy.

The authors acknowledge that the projections about the new economic powers aren't sure things, particularly because they assume the removal of a good number of political and structural barriers.

And indeed, they point out, it's well to remember that economic predictions frequently go awry. In the 1980s, Japan -- which later began floundering in a lengthy deflationary spiral that may still not have concluded -- was being trumpeted by some forecasters as the nation that would overtake the US by now.

Another point: "If you go back and say which have been the emerging markets people have been the most excited about, you wouldn't necessarily pick the same four" as Goldman, says Dennis.

He notes that several years ago, Mexico, Korea, some central European countries, and Argentina, were viewed as the next big things. Still, he believes the Goldman report is "conceptually correct."

Dennis acknowledges that China, India, Russia and Brazil "are growing very rapidly," although to achieve the dominance outlined in the Goldman report, they would have to expand their economies and avoid major crises.

While the Goldman economists concede that there's a good chance their projections won't be met, they say that even if they merely come close, "the implications for the pattern of growth and economic activity could be very large indeed."

T V Parasuram in Washington
Source: PTI© Copyright 2020 PTI. All rights reserved. Republication or redistribution of PTI content, including by framing or similar means, is expressly prohibited without the prior written consent.
SHARE THIS STORY
Print this article 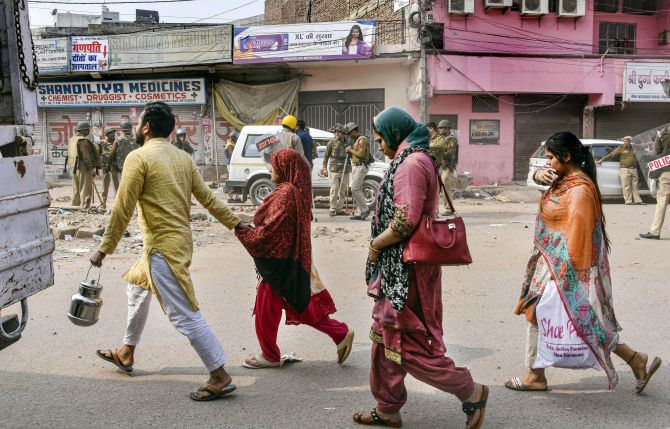 Prices of milk, veggies up in violence-hit NE Delhi 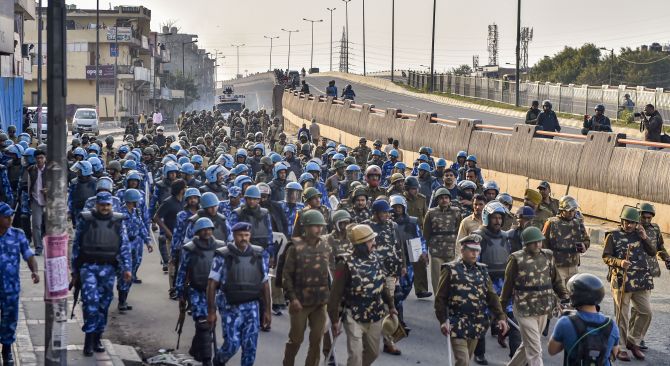